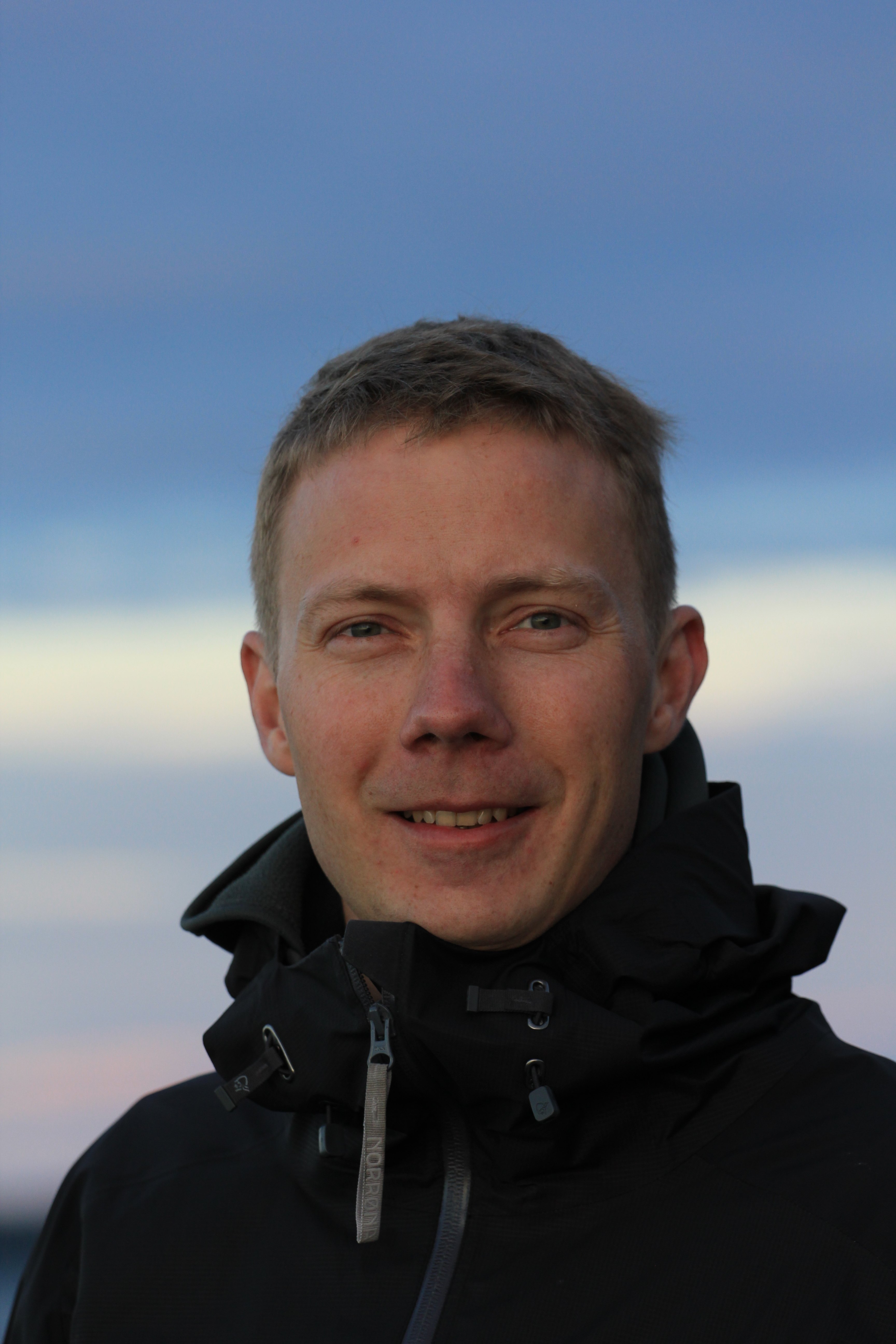 Erik Olsen is the head of the research group for Marine Research in Developing Countries at the Institute of Marine Research, in Bergen, Norway, where he has been working since 1999. Born in Sweden to Norwegian and Swedish parents who worked extensively in developing countries Erik grew up and was educated in Bergen, Norway. He studied at the University of Bergen where he received a BSc in biology (1995), MSc in fisheries biology (1997) and a PhD in fisheries biology in (2002).

Since completing his PhD Erik has worked as a scientist at the Institute of Marine Research primarily on issues related to ecosystem-based monitoring, assessment and management. He has developed and lead the implementation of ecosystem surveys in the Barents sea jointly with the Russian scientists from PINRO, as well as transferring the concepts to developing nations like Mozambique and Sudan through surveys and development programs.

Erik was deeply involved in the development and groundwork for implementing the Norwegian Integrated Management plans, first for the Barents sea, then the Norwegian sea and finally the North Sea. This groundbreaking work in implementing ecosystem-based marine spatial planning has caught worldwide attention and Erik has been an invited speaker to present the Norwegian planning efforts and its scientific base at both scientific and government meetings (e.g. the United Nations).

From 2009-2013 Erik was elected chair of the ICES Science Committee Steering Group on Human Interactions on the Ecosystem. He has chaired several workshops on Marine Spatial Planning as well as being a reviewer and counselor on these issues.

From 2013 to 2015 Erik was working as a visiting scientist at the NOAA Northeast Fisheries Science Center in Woods Hole, Massachusetts where he continued development of the science base, tools (like the Atlantis ecosystem model) and methods for ecosystem-based management and marine spatial planning. Upon returning to Norway in 2015 he was appointed the head of the IMR research group for demersal fish, a position he held until 2020 when he transitioned to his current position in marine research in developing countries.

Erik is also contributing to the development of ecosystem-based management and integrated ecosystem assessments of marine ecosystems as co-chair of the ICES Working Group on intetgrated assessment of the North Sea (WGINOSE) , and through research projects like the coastal barometer .

Linking core monitoring, stock-assessment and advisory activities with the development of ecosystem-based management and understanding how this science-based advice feeds into the socio-ecological systems we manage is the focus of Erik’s current research.